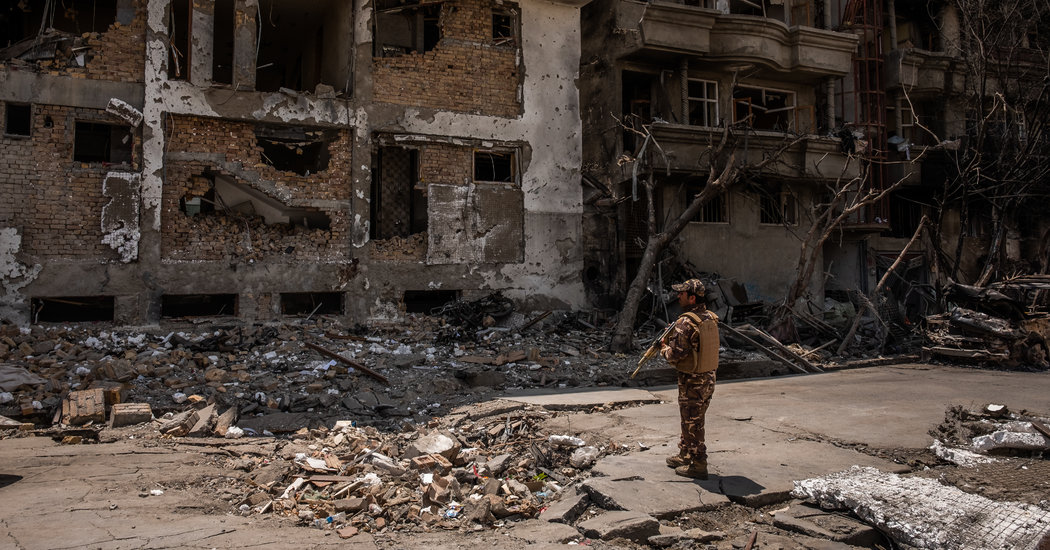 MUNICH — American officials said on Friday they had agreed with the Taliban on a seven-day reduction in violence in Afghanistan that, if it holds, would be followed by an Afghan peace agreement after 18 years of war.

The decrease in hostilities would be the first step in a plan leading to withdrawal of American troops from Afghanistan, though there have been indications that the United States would want to keep some counterterrorism and intelligence forces there.

The agreement on a reduction in violence was announced by a senior administration official at the annual Munich Security Conference, where Secretary of State Mike Pompeo and Defense Secretary Mark T. Esper are defending American policies.

But the official, who spoke on condition of anonymity, said the Taliban would have to adhere to that reduction for seven days before a formal peace pact could be signed.

The timing is notable. If the seven-day period begins this weekend or early next week, and it holds for a week, the peace agreement would be ready to sign around the time that President Trump is scheduled to travel to India. That opens the possibility that the president, who previously attempted to bring members of the Taliban to Camp David for a signing, would have the option of traveling to a secure location, like Bagram Air Base in Afghanistan, to formalize an agreement.

A truce has been widely expected, and Mr. Pompeo and Mr. Esper met on Friday in Munich with Ashraf Ghani, Afghanistan’s president. But there was no announcement of an imminent deal, and similar efforts have fallen apart. Mr. Trump pulled back on an accord last year after an attack that killed an American soldier and 11 others.

The senior official who briefed reporters in Munich said that the agreement would not go into effect until a verified, successful reduction in hostilities, which is far short of a blanket cease-fire.

The violence reduction deal, the official said, is highly specific, saying that it would have to be nationwide and include violence against Afghans as well as members of the American-led coalition, and would apply to all the elements of violence that have become familiar in 18 years of war: roadside bombs, suicide bombs and rocket attacks.

The pace of an American pullout is the issue of most political importance to Mr. Trump. One of the few issues on which he and the Democratic challengers for president agree is the need for the United States to get out of Afghanistan — though many of the candidates said in a survey published by The New York Times last week that they would keep a small counterterrorism force and some intelligence presence.

The Trump administration seems likely to do the same. But officials would not discuss any side agreements with the Taliban that might permit such a presence, including by the C.I.A.

The senior official said any American presence depends on whether the Taliban deliver on their promises.

All sides are keenly aware that history suggests there will be multiple chances for the deal to break down. But it is the closest they have come to President Trump’s goals of withdrawing many of the American troops in Afghanistan and ending the United States’ longest war.

The initial seven-day reduction in violence is seen as a test not only of good intentions, but also of the ability of the Taliban and the Afghan government to rein in their forces and those of their allies, in a war made more complex by internal rivalries and local disputes.

A decline in hostilities would be an abrupt shift, coming off one of the most violent years in the long conflict. In 2019, the civilian death rate averaged almost seven per day, the United States dropped more than 7,000 bombs and missiles, and the Taliban and smaller armed insurgent groups carried out about 25,000 attacks.

The deal would lay out a 135-day timetable for drawing down American troop strength in Afghanistan from about 13,000 to 8,600; United States officials had indicated that they planned to make the reduction with or without an agreement in place. It calls for a complete withdrawal within three to five years, though it is not clear what constitutes “complete withdrawal.”

It also calls for the start of negotiations between the government in Kabul and the Taliban — something the Taliban has long refused — on a long-term power-sharing settlement. Afghan leaders have been frustrated by the United States’ acceding to the Taliban’s demand that negotiations, held over the past year in Doha, Qatar, exclude the government, even as deadly violence continued.