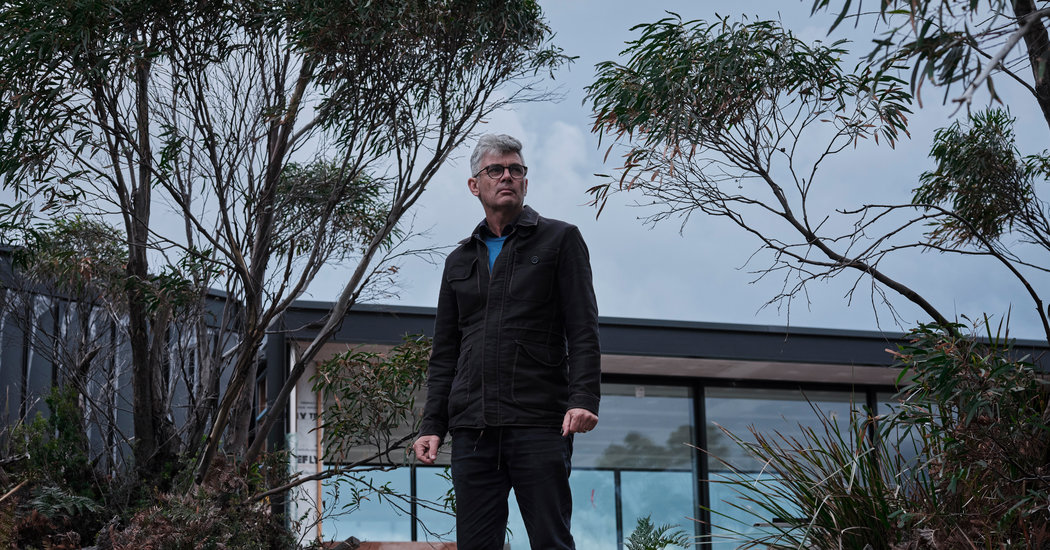 WHITE BEACH, Tasmania — As a child, Ian Weir used to set fire to the bush. In his small hometown outside Bremer Bay in Western Australia, dozens would partake in mass clearings by fire in the 1960s.

First, large bulldozers would clear about 300 acres of trees and shrubs and push it all into a massive pile. Once the vegetation dried, residents would line up around the perimeter, dip rag-covered sticks into drums of gasoline and light it on fire. With just a slight breeze, the entire landscape would ignite.

The destruction of one of the most ancient, biodiverse regions in the world scarred Mr. Weir, and helped shape his vision as a professional bushfire architect: Make the bush your ally, not the enemy.

The clearing was part of a soldier resettlement scheme where 133 farms were doled out to white military veterans, including Mr. Weir’s father. The experience speaks to the enduring convention, which still underscores regulations, that in order to live in Australia’s fire-prone bush you have to get rid of it.

But after Australia’s summer of hellish fires, a debate has sprung up over how to rebuild in the bush in a way that preserves human life and the land. It’s one of the “unresolved paradoxes” of bushfire architecture, Mr. Weir says. To resolve it, he wants to emphasize innovative design, not land clearing.

“Landscape combined with bushfire safety is powerful enough, with the right level of attentiveness, to create a whole new typology of architecture,” says Mr. Weir, 56. “Something that is just outside people’s imaginings.”

Fires this summer razed more than 50 million acres, killing at least 34 people and destroying around 6,000 houses and other structures. As climate change pushes fires to extremes, the vast majority of homes in at-risk areas are woefully underprepared for the next inferno.

To see what bushfire resilience looks like, Mr. Weir takes me to his latest project in southern Tasmania. We drive through Dunalley, a small coastal town where fires in 2013 destroyed 93 homes and forced a family to take shelter under a jetty. Remnants of the fires still lurk in regenerating trees along the hillsides.

“That would go,” he says gesturing to a small, one-story blue shack along the road.

Generally speaking, those requirements follow a simple rule of thumb: The more land you clear, the less resilient the design needs to be. But clearing land around a house cannot protect against embers, the primary starter of house fires, which can be blown as far as 25 miles, Mr. Weir says.

In fact, clearing land puts a house more at risk, he maintains, because it allows for conventional homes to be built in fire-prone areas. Plus, clearing can cause soil erosion, hurt biodiversity and create dry microclimates.

The Apex Point House follows the weakest link principle: Just one small crevice could provide a catch point for an ember, igniting the whole house. The Apex is airtight, with a flat, noncombustible roof, toughened windows and steel cladding. To exceed the ratings, Mr. Weir added a fireproof membrane under the cladding.

“It’s all about blaming the bush,” Mr. Weir said. “What designers really need to be doing is advocating for the role of adapting building design. It’s a big paradigm shift.”

Bushfire architecture is a niche field. When Mr. Weir was a student, he wrote a letter to Glenn Murcutt, one of Australia’s leading environmental architects and one of the first to incorporate bushfire resilience in housing design. Mr. Murcutt replied with a four-page typed letter and a copied note from the grateful owners of his most famous commission, the Simpson-Lee House.

Since Mr. Murcutt’s heyday in the last quarter of the 20th century the field has stalled, with most builders now following the current codes that Mr. Weir considers illogical. With 13 buildings, he is not prolific, but he is eagerly fighting the fight that Mr. Murcutt began years ago.

Mr. Weir’s advocacy began amid the 2009 Black Saturday fires, which killed 173 people and destroyed 2,000 homes. He had just finished his Ph.D. in landscape architecture and architecture and accepted a teaching post at Queensland University of Technology, and that expertise thrust him into the national spotlight and crystallized his ideas into a mission.

Because he grew up with large-scale destruction of the land, conservation became the driving force. “I come from that landscape, and I saw it being bullied,” he says. “I’m this little kid thinking, ‘Wow, this is really full on.’ Now, I see that whole bullying, colonization thing just keeps going.”

Mr. Weir’s views have been coolly received by many in the field. “I have a nemesis,” he says, laughing a little uncomfortably. Critics in the fire safety field say he is a publicity hound and way too comfortable building in a flame zone.

Mr. Weir’s philosophy of stronger design and less clearing of vegetation may not pose too much of a risk in low-intensity fires, they say. But in a severe drought of the sort that is becoming more frequent, nothing will survive a blazing fire front. They also note that Mr. Weir’s approach does not provide enough of a safe zone for firefighters.

Both sides would seem to have a case. More vegetation means more risk, especially within around 40 yards, said Phil Gibbons, an expert in vegetation management at Australian National University. But he says there are also ways to configure shrubs to reduce risk and maintain habitat.

Over-clearing is “like killing the goose that laid the golden egg,” Mr. Gibbons says. “We must learn to better live in those environments.”

“It would be fair to say that our existing policies over emphasize the vegetation-clearing side of the argument,” says Justin Leonard, a bushfire research leader at CSIRO, Australia’s national science agency. Mr. Weir’s thinking reflects a larger “philosophical debate across the research communities,” he says, adding that the solution is “balance.”

Mr. Weir is also trying to overcome another barrier by cutting the cost of his houses. The Apex Point House, at $515,000, is beyond the means of many people. So he has been promoting the Karri Fire House, which he designed with his wife, Kylie Feher, for a professional firefighter, and costs $300,000.

Trudging through the scratchy bushland around the Apex, Mr. Weir says it is his best work to date, the closest he’s come to “finding his voice.” But when it comes to bush integration, he wants to push even further.

“Architecture does something that nothing else can do: connect people to site,” he says. But to get there, “You’ve got to be trying to do something really extreme.”

Mr. Weir cites a house he built back in his homeland in Western Australia. It’s called “Camera Botanica,” a design that most pointedly addresses the paradox of preserving and living in the bush. From the ruins of his childhood fire clearings, Mr. Weir resurrected one of the 133 identical farmhouses from the war service district and used its frame to create a new steel cabin, one resilient to bushfires.

But instead of finding shelter in a burned-over landscape, as the old house did, Mr. Weir relocated the house to the bush and rebuilt the walls so they both open up to the natural world and shield the structure from fires.

The goal, Mr. Weir said, was “to give it a completely different relationship to the landscape.”