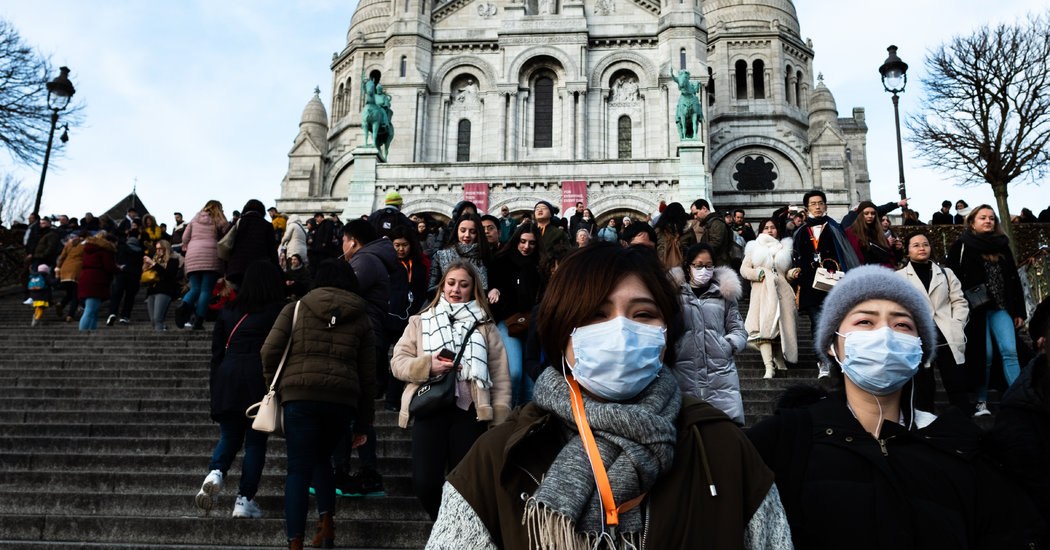 LONDON — A Chinese tourist has died in France of the coronavirus, the French health minister said on Saturday, becoming the outbreak’s first fatality in Europe and outside Asia.

France’s health minister, Agnès Buzyn, said the tourist, who was 80 years old and from the Chinese province of Hubei, the center of the outbreak, died at the Bichat-Claude Bernard Hospital in Paris on Friday after weeks of hospitalization. His daughter, who also has the virus, is receiving treatment and is expected to be discharged soon, Ms. Buzyn said.

The man and his daughter were among 12 confirmed cases in France. Of those cases, seven remain hospitalized and four have been discharged, according to health authorities.

The man’s death comes as officials in Europe grapple with preparing for the spread of the disease on the Continent, where there have been 44 cases, according to data from the World Health Organization.

Though the effects of the outbreak have so far been minimal in Europe, with confirmed cases in Germany, France and Britain, the outbreak was beginning to have a slowing effect on Europe’s economies.

The death in France was announced days after the World Health Organization warned that the virus’s spread could accelerate outside China.

Germany reported two more cases just days ago, raising the total there to at least 16. And the British health authorities declared the new coronavirus “an imminent threat,” although all but one of the nine patients who tested positive there have been discharged.

A British businessman who is believed to have been the initial source of at least five cases in Britain and five more in France said on Tuesday that he had contracted the virus at a conference in Singapore last month. He later traveled to a chalet in Les Contamines-Montjoie, where he came into contact with five Britons who later tested positive for the virus. Then he returned to Britain.

The businessman, Steve Walsh, said he had fully recovered.

Ms. Buzyn, the French health minister, did not identify the patient who died on Friday, but said he had arrived in France on Jan. 16 and been hospitalized since Jan. 25.

“His condition had quickly worsened and he had been in critical condition for several days,” Ms. Buzyn said in a televised statement.

Ms. Buzyn announced on Saturday that the 12th confirmed case in France was a British national who had also stayed at the chalet.

The director general of the World Health Organization, Tedros Adhanom Ghebreyesus, has warned that the new coronavirus could pose a “very grave threat” to the world and should be viewed as “Public Enemy No. 1,” he said.

“The detection of a small number of cases may indicate more widespread transmission in other countries,” Dr. Tedros wrote on Twitter just days ago. “In short, we may only be seeing the tip of the iceberg.”

3 Picture Books: How to Hike, Camp, Relax in the Great Outdoors