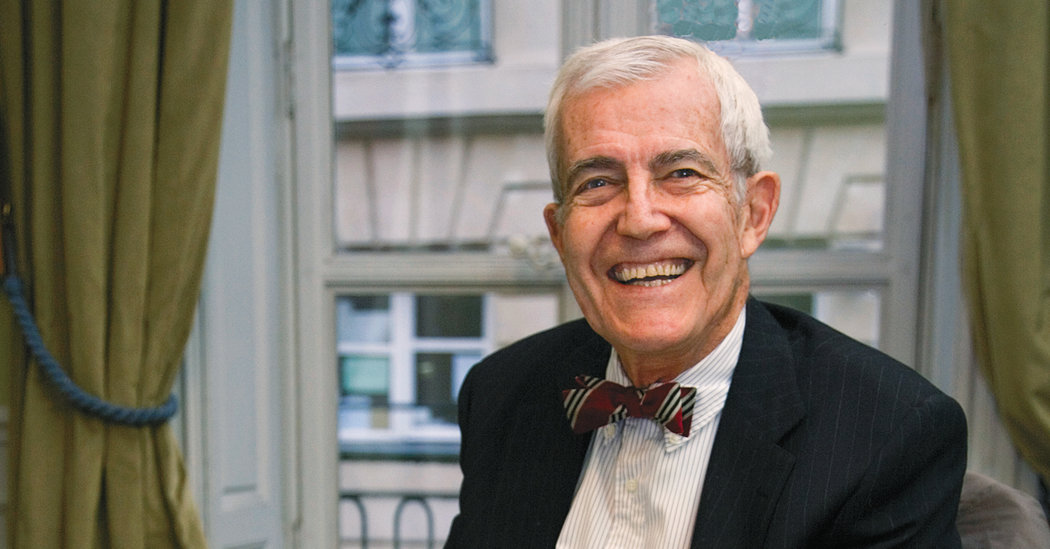 This obituary is part of a series about people who have died in the coronavirus pandemic. Read about others here.

On March 24, the condition he helped define led to his death. He was 92.

The University of California, San Francisco School of Medicine, where Dr. Murray was a professor emeritus, said the cause of death, “sadly and ironically,” was respiratory failure resulting from acute respiratory distress syndrome caused by the novel coronavirus. He lived in Paris for much of the year with his wife, the novelist Diane Johnson.

Dr. Murray served as chief of pulmonary and critical care from 1966 to 1989 at the institution now known as Zuckerberg San Francisco General Hospital and Trauma Center. After retiring in 1994, he continued to work as an attending physician in the intensive care unit and to teach.

The medical school’s statement credited him with leaving “indelible marks on the clinical practice of pulmonary medicine, the process of selecting and training fellows in pulmonary disease, and on lung disease research.”

When Dr. Murray began his career, pulmonology was largely focused on tuberculosis. His research and promotion of specialty training expanded the field to encompass a much wider range of diseases throughout the body and their effects on the lungs, said Dr. Philip Hopewell, a professor of medicine at the University of California, San Francisco. That made Dr. Murray a “bridging figure between the old breed of chest physicians and the new, modern breed,” he said.

Much of Dr. Murray’s best-known research focused on pulmonary disease and AIDS, which he encountered at San Francisco General in 1981, and on defining acute respiratory distress syndrome.

“He played an outsized role in forming this new branch of medicine, which is now carrying the brunt of the outbreak,” said Dr. Courtney Broaddus, a colleague and past chief of San Francisco General’s pulmonary division, referring to the coronavirus pandemic. Dr. Broaddus edited the current edition of one of Dr. Murray’s best-known works within the profession, “Murray & Nadel’s Textbook of Respiratory Medicine.”

When Dr. Broaddus was about to begin her position as an attending physician in the intensive care unit, she said, she went to Dr. Murray for advice. “He got up from his desk and took me to meet someone,” she said in an email. “I expected it would be a respiratory therapist, someone to show me details of the mechanical ventilators. To my surprise, he wanted me to meet the social worker.”

Social workers tracked down the identities of patients who came in without identification, found their families and helped coordinate care. “This story captures for me how John led the team,” she said. “Everyone was valued.”

Dr. Robert M. Wachter, head of the department of medicine at the University of California, San Francisco, said that as a resident he had noticed Dr. Murray’s distinguished appearance — he always wore bow ties — in an environment in which “other faculty wore Hawaiian print shirts.”

Dr. Murray’s son, Douglas, explained: “He didn’t want his ties to droop onto the patients when he was bending over them.”

John Frederic Murray was born on June 8, 1927, in Mineola, N.Y., on Long Island, to Frederic S. and Dorothy (Hanna) Murray. His ancestors on his father’s side had owned an estate on the East Side of Manhattan in the section now known as Murray Hill.

His father, a cartoonist, moved the family to Los Angeles, where he became best known for a Hollywood-focused syndicated comic strip, “Seein’ Stars,” which he produced under the name Feg Murray. Dorothy Murray was a homemaker.

Along with Ms. Johnson, his survivors include two children from his first marriage, Douglas and Elizabeth Murray; his stepsons Kevin and Simon Johnson; his stepdaughters Darcy Tell and Amanda Johnson; and 14 grandchildren. Another son from the first marriage, James, died in 2018.

After residencies that took him to San Francisco General and Kings County Hospital in Brooklyn, a research fellowship in London and teaching positions at the University of California, Los Angeles, Dr. Murray made his way back to San Francisco in 1966.

A hiker and outdoorsman for many years, he played tennis into his 80s and participated with great enthusiasm in a monthly Shakespeare reading group in Paris.

Dr. Murray contracted the coronavirus while he was in a weakened state after undergoing radiation treatments for prostate cancer. In the hospital, he had repeatedly asked about his blood oxygen levels before slipping into a coma.

Along with his textbooks, he wrote books for a general audience, including “Intensive Care: A Doctor’s Journal,” originally published in 2000, and “How Aging Works: What Science Can Do About It” (2015).

When nurses at Zuckerberg San Francisco General Hospital learned last week that Dr. Murray was seriously ill, many clipped on bow ties in his honor.