Like most Odia families, for us Sundays meant mutton. For my sisters and me, it also meant having our father at home for the whole day; dedicated government servant that he was, we hardly saw him on other days of the week. As for Ma, it gave her a short respite from the kitchen. Before we woke up, Baba would have come back from the market with the mutton, and Ma would have started grumbling about its quality. It was very easy for vendors to dupe him; he would often be saddled with stale fish, rotting vegetables and undesirable cuts of meat.

Before leaving for the market, Baba would have soaked a few garlic cloves in water. After coming back, he would first grind a few pieces of turmeric and red chillies into a fine paste on the mortar stone. Then it would be the turn of cumin seeds, followed separately by onions, and then ginger-garlic; and finally, it would be coriander and poppy seeds. Each set of masalas would be ground one by one and kept aside singly as a ball on a thali.

While grinding the masala, the hard masculinity of his habitual presence would be gone; his wrists would have the grace of an Odissi dancer . He would again seem to me an affectionate man, who used to laugh like a baby when as a child I would stop pretending to sleep and jump on his back when he came to our bed to set the mosquito net late in the evening.

But while cooking, his face would be grim with concentration; most answers to questions would be in the form of grunts. After washing the potatoes, he would cut each one into evenly sized pieces with the skin on. Then in a wok, he would heat some mustard oil on a medium flame, add the potato pieces, sprinkle some salt and cook these till half-done.

Baba would hedge his bets regarding the quality of the mutton he had bought by chopping the cuts into evenly sized chunks around three centimetres long. He would put these pieces in a big wok with a litre of hot water, salt, ground pepper and turmeric powder and stew for around 90 minutes on a slow flame with a lid covering the vessel.

When the mutton got tender, he would scoop the pieces out and keep the stock with the melted fat aside. We children would then be called to sample ‘khaasi sijhaa’ — boiled mutton — in three separate small bowls. Each would contain three to four bits, with the younger ones getting the juicier, easy to chew portions.

Then Baba would heat mustard oil in a big wok. When the oil started smoking, he would throw in some sugar. It would soon caramelise, the oil turning the colour of molten sunsets. Into this river the colour of diluted blood, Baba would add a couple of bay leaves, followed by a pinch of cumin seeds. Then he would start adding and frying the wet masala in an order reminiscent of a military march-past. First, the onion paste would go in, followed by the ground turmeric and red chillies; then the ginger-garlic would be thrown in, followed by cumin paste, ground coriander and poppy seeds. He would sauté each paste for 4-5 minutes, then add the next one in sequence; no shortcuts for him. By this time, he would be sweating profusely and the masala would be the colour of the Amazon in full spate, and smell like a tropical paradise.

To this sautéd masala, he would add the fried potatoes and cook on a low flame. By now we children would be hungry and pester him to finish soon. But he would braise the potatoes in the spices with intermittent stirring for about a quarter of an hour, sprinkling water every minute or so, to ensure that the masala did not burn or stick to the bottom of the wok.

When the potatoes were almost done, he would add the boiled mutton and continue to simmer while slowly smattering the wok with the mutton stock. With all the stock gone, he would add half a litre of hot water and boil the tarakari for a few minutes to get a very thin and watery gravy.

It would be well after 1 p.m. by the time he was done; the regional film might have started on Doordarshan by the time Baba finished concocting his mutton curry. When he finally joined us after his post-cooking bath, we children and Ma would be almost halfway through the lunch of usuna (parboiled) rice and khaasi maangsa tarakari, as we sat in a half circle in front of our black-and-white Konark TV, enjoying the finesse of Baba’s hands finally getting the better of the gaucherie of his eyes.

800g mutton including portions of the legs, ribs, liver and some fat

10 black peppers, dry roasted and ground into a fine powder

1. Grind all the masalas separately. Stir-fry evenly diced potatoes in two tablespoons of oil with salt till half-done. Boil the mutton with salt, a teaspoon each of pepper and turmeric powder, in a pot with a litre of water, for 80-90 minutes on a low flame, with the lid partially covered.

2. Heat eight tablespoons of oil in a wok. Add sugar to the hot oil. After it caramelises, decrease the flame and add bay leaves followed by a pinch of cumin seeds.

4. After the masala is done, add the fried potatoes, mix evenly and stir, sprinkling a couple of spoons of water intermittently, for 10-15 minutes.

5. Add the boiled mutton pieces and mix. Add the stock slowly in half-cup measures over 15 minutes. After the masala is dry, add half a litre of hot water to the vessel, and let it simmer for 5-7 minutes.

The writer is an author and researcher based in Bhubaneswar. 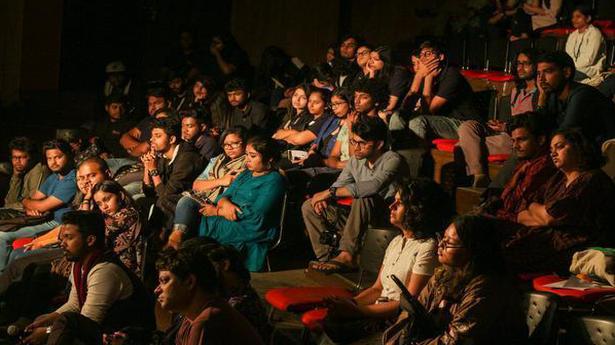 We have to look at cinema beyond the lens of business: Subrata Beura 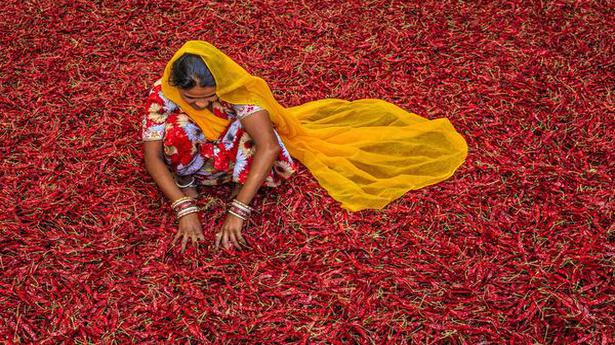 A dash of lime, a touch of road: Poha across the nation