In just a span of few years, Taapsee Pannu made quite a mark for herself on the silver screen. Along with making a strong statement in movies like Pink, Thappad and Saandh Ki Aankh, she also likes to experiment with her sartorial choices. Often spotted in ethnic looks, Taapsee has shown us different ways to make a statement with ethnic wear. Giving us major ‘desi kudi’ vibes, here’s a look at six times Taapsee made a case for ethnic looks:

For one of the movie promotions, the actress donned a green sharara set. She was seen wearing a green velvet kurta, which she teamed up with heavy sharara pants.

Going for a colourful look, Tapsee showed us how to team up a purple-coloured skirt with a white top and coloured sleeveless jacket. Not to miss was her pair of ethnic juttis.

For a movie, the actress donned a traditional suit for her wedding scene. “One of my favourite moments in the film,” she captioned her photo.

Making a case for a boho look, Tapsee pulled off a sweatshirt with colourful patiala salwar and a sling bag.

The actress showed a fun way to wear a sari. She styled her printed sari with a turtleneck top and a pair of white shoes.

Tapsee looked super gorgeous in patiala-style pants which she styled with peplum kurta. With this look, she draped the dupatta like a sari. 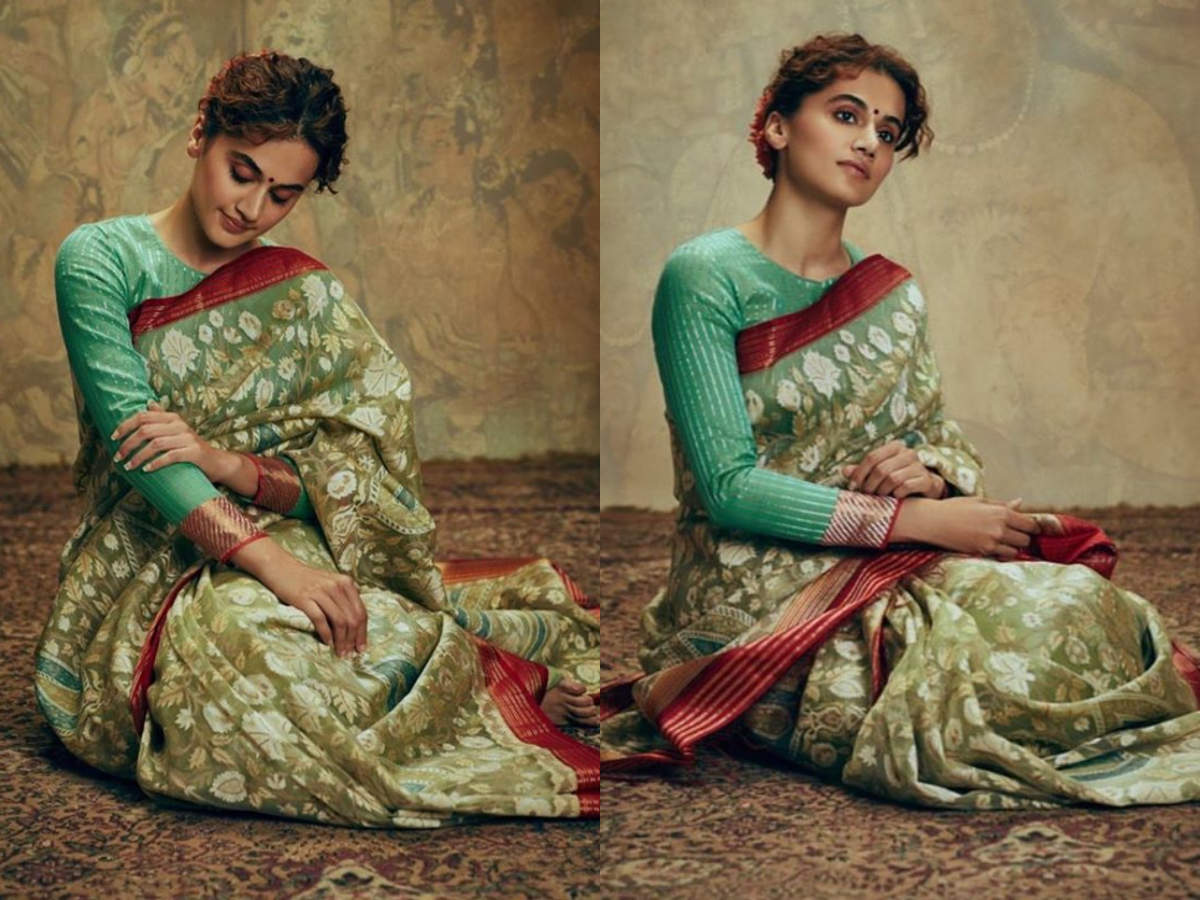