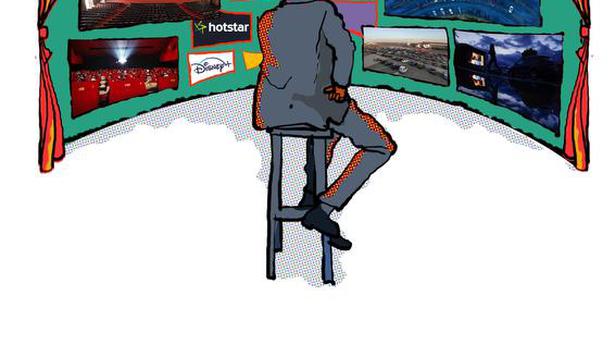 I distinctly remember the roaring in a Chennai theatre when Rajnikanth’s character in Baasha broke a pumpkin on his head and folded his hands to gesture ‘vanakkam’. More recently, that very loud, collective gasp when Thanos wiped out half of humanity, including some of our favourite Avengers in Avengers: Infinity War. And after the mind-numbing climax of Sairat, I stayed glued to my seat and wept; as did several others in the hall. Watching a film in a theatre is so much more than just sinking into a plush chair and relishing that tub of caramel popcorn. Its singular charm lies in experiencing a story as a collective with strangers.

As are other public establishments, theatres across the country have also been in the dark for weeks now. While no one knows when we will be able to return to savour the movie-watching experience, it is obvious that like many businesses this one will also change in the post-corona world.

At present, most of the bigger chains are hoping to be up-and-running by the beginning of June. Once the government gives the go-ahead, they expect it to take another four-to-six weeks before films start releasing. The biggest challenge for every theatre would be building customer confidence. “After 30-40 days of lockdown, people would want to experience out-of-home entertainment, whether it is going to cinemas, restaurants or malls. But it’s up to us to convince them that it is safe to do so,” says Mohan Umrotkar, CEO Carnival Cinemas.

Among the changes planned are sanitiser stations, paperless transactions and masks for everyone. “We will have to raise the bar now and focus a lot of time, effort and resources on deep cleaning our cinemas beyond the auditorium and lobby areas. We will check the body temperature of customers and employees when they enter the premises,” explains Kamal Gianchandani, CEO, PVR Pictures.

Keeping in mind the need for social distancing, there is a possibility that not all seats in a cinema hall would be available for sale. Alok Tandon, CEO, INOX Leisure Ltd says, “We will follow cross-allocation of seats to ensure that distance is maintained among the audience. Online booking modes will be programmed to allocate seats in that order. Screenings will be scheduled in such a manner, that entry, intermissions and exits of two shows do not occur simultaneously, and to avoid crowding of lobbies and restrooms”. Cross allocation of seats means that no theatre will see a ‘House Full’ sign for a while and that will definitely impact revenues for both theatres and film producers.It is therefore understandable why Gianchandani at PVR Pictures hopes that this measure will only be temporary. “We hope to have the entire capacity at our disposal within two months or so,” he insists.

A drive-in cinema set up during the COVID-19 outbreak at the Vilnius International Airport, Lithuania

Back to the future

In the 1950s, when the outbreak of polio in the US became severe, a few drive-in theatres advertised that their venue was the perfect place to be ‘flu and polio protected’. It is not surprising that in this age of social distancing, classic drive-in theatres in the US, Canada, Germany and South Korea are seeing a surge in popularity. At the Vilnius International Airport in Lithuania, for instance, a drive-in cinema has come up in its apron area where one would usually see parked planes. The initiative, launched as part of the Vilnius International Film Festival, can accommodate 200 cars (two people in each car) for a single screening.

There have been reports of patrons driving a few hours to get to the closest drive-in theatre in Florida; and of Autokino Essen, one of the only two year-round drive-in theatres in Germany, selling out every screening since early March. In South Korea, while large multiplexes have remained open, Korean movie buffs have stayed away, preferring to wait hours to book tickets in the few drive-in theatres that are operational.

India currently has only two drive-in theatres — Prarthana (Chennai) and Sunset (Ahmedabad). PVR has plans of starting one in Mumbai’s Bandra Kurla Complex but Gianchandani says it “will take some time before it opens”. But he doesn’t expect drive-in theatres in India to overtake multiplexes or single-screens in popularity, and he’s not alone.

Tandon of INOX Leisure lists out factors that work against them. “The concept comes with its own set of challenges. The biggest one being availability of land parcels closer to the heart of the city. Even if you secure such a land parcel, the possibility of operating only two shows a day would either challenge the commercial viability, or would make the operator charge a premium. Another aspect where the concept would face headwinds would be the climatic conditions in our country. India experiences extremely hot and extremely cold weather, and the mammoth monsoons may not be too friendly either.” 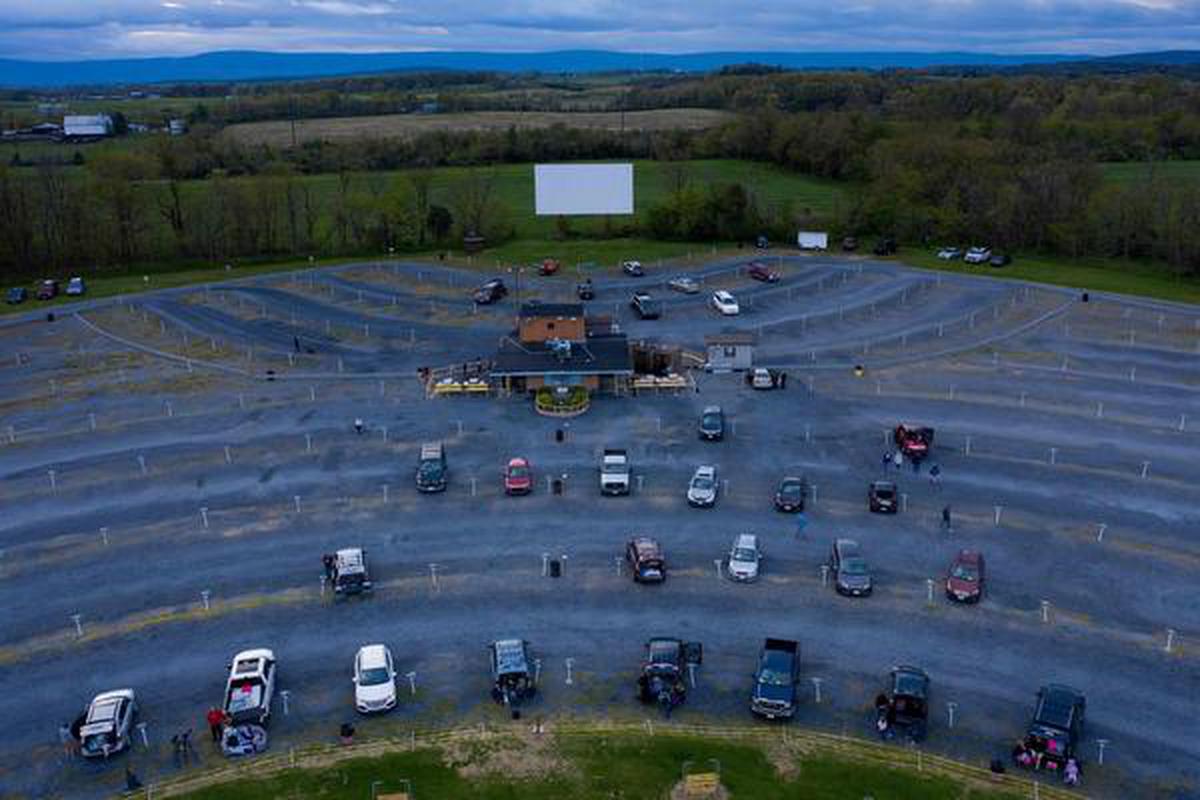 For a few years now, theatres around the world have rued the decrease in footfalls and this has traditionally been blamed on the rising popularity of streaming services. Due to the pandemic, people are now filling the void of out-of-home entertainment with streaming services like Netflix and Amazon Prime Video.

With the uncertainty of when theatres will reopen and, more importantly, whether audiences will return to them, movie producers across the country are contemplating the merits of going straight to digital. In Tamil Nadu, news of Jyotika’s upcoming film, Ponmagal Vandhal (originally scheduled for a March release) releasing online, was met with severe opposition from theatre owners. They, along with producers, are now reportedly framing guidelines on how to work in tandem, which will be followed post the lockdown.

In Bollywood, there are rumours of at least half-a-dozen films being in negotiations with OTT platforms. Most of these are mid-sized films that can’t afford to wait months for a release and are in real danger of getting cannibalised by bigger releases when they finally do. Director Shoojit Sircar whose Gulabo Sitabo starring Ayushmann Khurrana and Amitabh Bachchan was scheduled to release on April 17, has said he is open to the idea of a digital release. Director-Producer Karan Johar in the past has often talked about how ‘big-ticket spectacle films’ will bring audiences back to theatres and trade analyst Komal Nahata believes that this could be a real possibility for the film business in the near future. Among the big budget films that were expected to hit our screen in the first half of 2020 are Rohit Shetty’s Sooryavanshi and Kabir Khan’s 83, Aamir Khan’s Laal Singh Chaddha and Farhan Akhtar’s Toofan. “When this pandemic is over and people are ready to return to theatres, there will be a big backlog and only the big films will survive. These films will not go to OTT because it might not be fiscally feasible,” says Nahata.

Whether we are watching them in hyper-sanitised theatres, from our cars or in homes, there is no doubt that movies will continue to be an integral part of India’s social fabric. Like director Christopher Nolan, whose Tenet is one of the films postponed indefinitely, wrote recently for The Washington Post, “When this crisis passes, the need for collective human engagement, the need to live and love and laugh and cry together, will be more powerful than ever.”

Why You’re Going to See More Animation (Thanks, Pandemic) 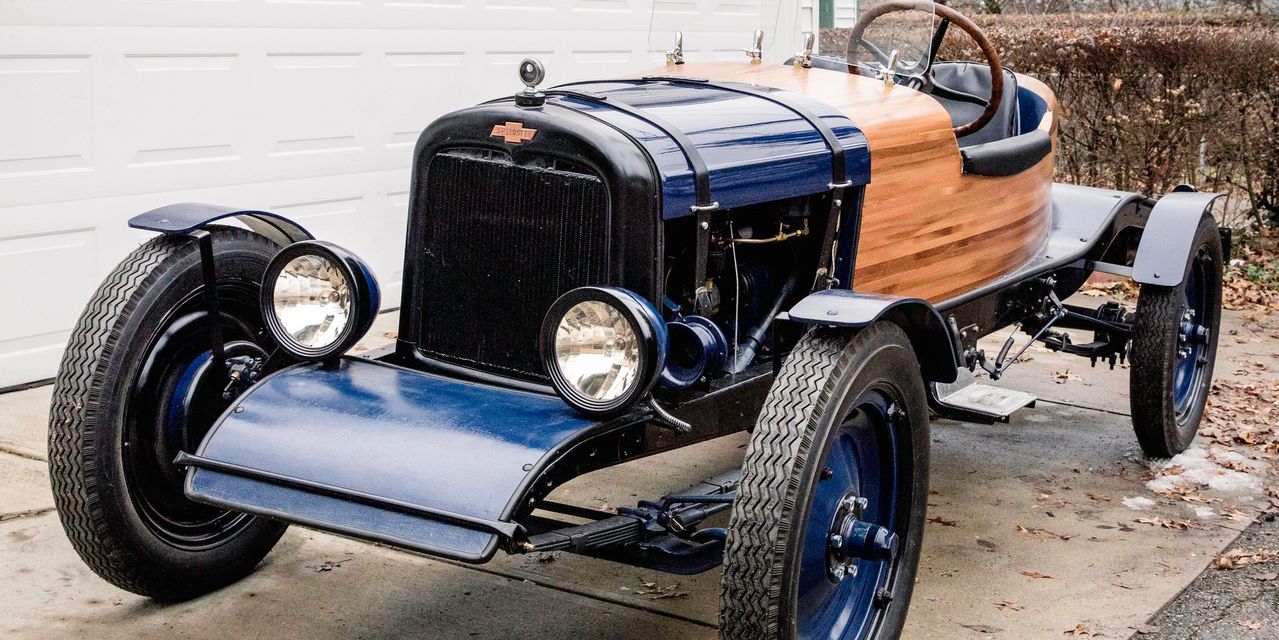 A Chevy Speedster That Took More Than 50 Years to Build