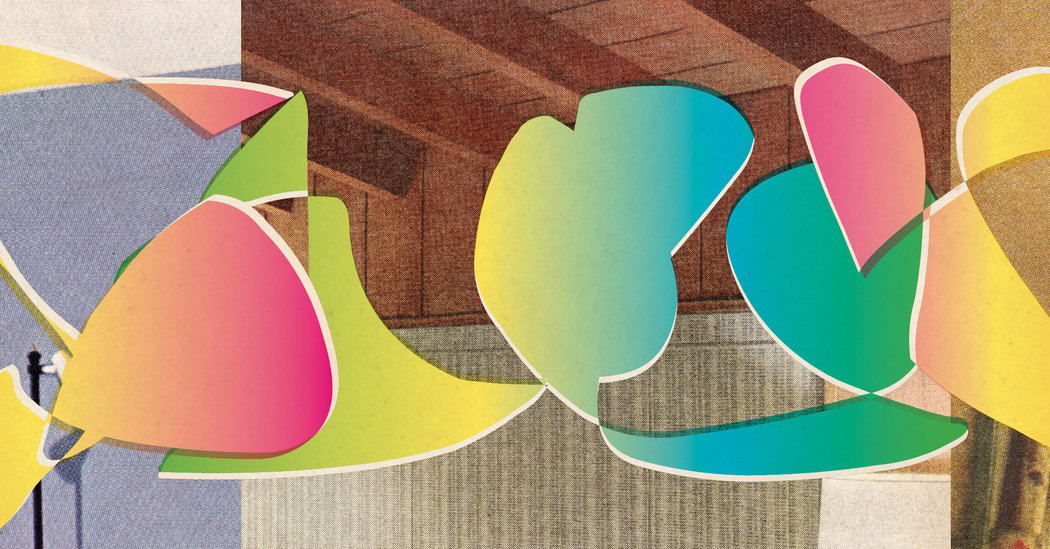 It was meant to be the final exhibition held at the Met Breuer — the Metropolitan Museum’s Brutalist-style satellite campus for modern and contemporary art since 2016, which was set to be turned over to the Frick Collection later this year. But almost immediately after the show opened on March 4, “Gerhard Richter: Painting After All,” like virtually every other cultural event in the world, was forced to close its doors. Thankfully, the coronavirus has not halted production of the visual books published to coincide with such art openings; no longer just gift shop purchases or collectors’ coffee-table adornments, these exhibition catalogs are now the only tickets we have. They can also be stirring exhibitions in their own right.

“Gerhard Richter” spans the contemporary German artist’s six-decade career, which has encompassed everything from drawn illustrations for “The Diary of Anne Frank” to large-scale glass installations, Abstract Expressionist paintings and those famous (distressed and distressing) photorealist paintings of 9/11.

The second half of the book reproduces images, many of them full-page, of the works you’d have found on the Breuer’s walls. But it’s the essays in the book’s first half that provide the scholarly context and critique that museumgoers wouldn’t have found simply by reading wall plaques. Buchloh, an art history professor at Harvard, addresses the ethics of Richter’s 2014 “Birkenau” paintings and the artist’s career-long preoccupation with representing the Holocaust. The Met curator Brinda Kumar dissects decades’ worth of Richter’s landscapes, including a series called “Transformation” in which a snow-capped mountainscape becomes so abstracted it looks eerily like a sonogram. In his essay “In a Glass, Darkly,” Princeton’s Hal Foster names the “tension” in Richter’s 1967 “4 Panes of Glass,” “between what we know — there are four large identical rectangles in front of us — and what we perceive.” Through this dissonance, Foster argues, in an apt summary of Richter’s entire oeuvre, the artist “stages an almost Cartesian doubt about ‘our apprehension of reality.’”

“The one thing I knew and understood while I was sitting on death row,” the Tennessee inmate Ndume Olatushani said in an interview after he was released: “Even though you’ve got me in this colorless environment, you can’t stop the color that was actually happening in my head.” Imprisoned for 27 years and sentenced to death, for a murder he didn’t commit, Olatushani had nowhere to turn but to art. A 1993 painting called “Winds of Change,” reproduced in Fleetwood’s book “Marking Time,” presents four black figures draped in vivid, jewel-toned fabrics looking out at an open expanse of lush green land, high above a calm blue river. “Through Olatushani’s use of color and depictions of free black people,” Fleetwood writes, “he created imaginary worlds and communities that sustained him during his incarceration.”

He wasn’t alone. Fleetwood, an American studies professor at Rutgers, has spent the better part of a decade studying the visual culture in and around American prisons. It’s an intimate project, motivated by her grief for friends and family members whom she’s watched slip in and out of the system since her childhood: “There has never been a time in my life when prison didn’t hover as a real and present threat over us.” But the stakes for this impressive book (and the corresponding, indefinitely postponed exhibit at MoMA PS1) are also political: This is a sociological investigation into prison art not just as an aesthetic category, but as part of “an abolitionist vision to end human caging.”

That is, the beauty in these often painful images (like Muhammad al Ansi’s 2016 untitled painting of Alan Kurdi, the Syrian toddler who drowned as his family sought refuge across the Mediterranean) powerfully reclaims the visual idea of what it means to be imprisoned. Fleetwood seeks to revise the mainstream media narrative transmitted through “assaultive and dehumanizing images, such as ‘wanted’ posters, arrest photographs, crime-scene images and mug shots,” by letting us see the diverse array of “studio photos, handmade greeting cards, drawings and other pieces of art made by incarcerated people” that offer a story we on the outside have never really heard.

If “Marking Time” explores art that looks inward, created from places of captivity both physical and mental, “Writing the Future” is about modes of self-expression — 1980s street art, music and fashion — that could only have taken place in public, as a collective, in freedom.

In recent years Jean-Michel Basquiat has made headlines for the untitled 1982 painting of a skull that sold for $110.5 million, the most money ever paid at auction for an American artwork. But the surroundings in which the Brooklyn-born son of a Haitian immigrant father and a Puerto Rican mother worked, before his death of a heroin overdose at 27, were about as far from the world of Sotheby’s and billionaire collectors as one could imagine.

The companion book to a now-closed exhibition at the Museum of Fine Arts in Boston, “Writing the Future” traces Basquiat’s engagement with a downtown New York milieu, which included the likes of Keith Haring, Fab 5 Freddy, Futura and Lady Pink. This distinctive group protested racial and socioeconomic injustice through collaborative art forms like graffiti and hip-hop, for as the critic Carlo McCormick puts it in an essay here, they “could not be moved by something that did not make them move.” These were genres that were at the time excluded from the dominant (read: white) cultural conversation, and “caused the derelict canvas of the city to experience a renaissance of style.”

Some images in the book, like the two-page spreads of Basquiat’s post-graffiti oil-stick works, make the reader long for up-close contact with these imposing real-life canvases, 6 feet by 11 feet, that no printed page could ever approximate. But to leaf through this prodigy’s oeuvre intermingled with photos of what he called “just … you know, my friends and stuff”; of their tags brightening storefronts and subway cars, of the boomboxes and leather jackets and reference books they at once desecrated and elevated, is to hold in your hands the record of a place and a time and a togetherness we can only hope one day to experience again.