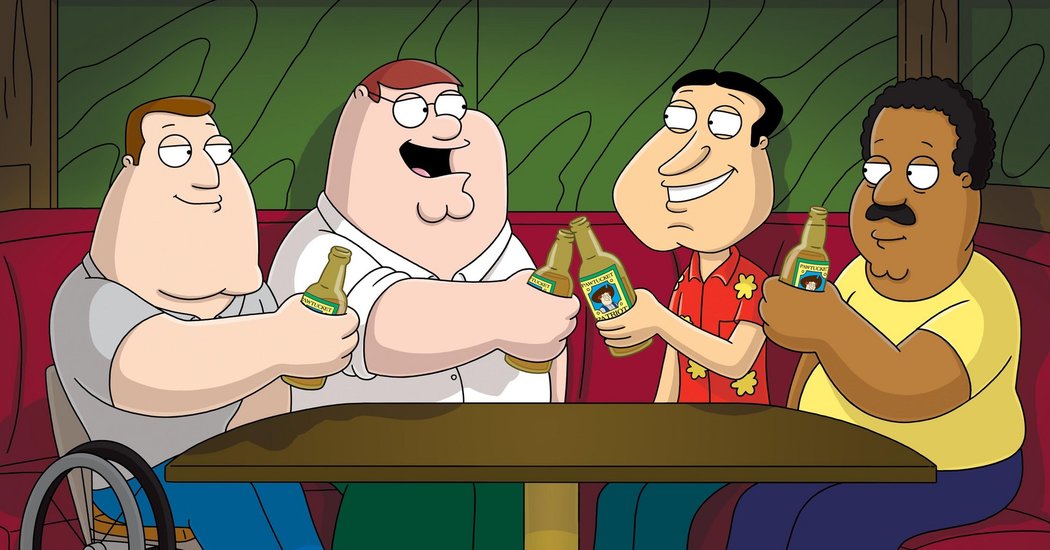 For the Fox comedies “The Simpsons” and “Family Guy,” two of the most prominent and longest running animated series on television, announcements Friday outlined major shifts in the use of white actors to play characters of color on those shows.

Mike Henry, a “Family Guy” voice actor who is white, said in a tweet that he would no longer play the role of Cleveland Brown, a black character who has appeared on that series since its debut in 1999.

“It’s been an honor to play Cleveland on ‘Family Guy’ for 20 years,” Henry wrote in his tweet. “I love this character, but persons of color should play characters of color. Therefore, I will be stepping down from the role.”

Separately, the producers of “The Simpsons” said that the show, which recently completed its 31st season, would make even broader changes. “Moving forward, ‘The Simpsons’ will no longer have white actors voice nonwhite characters,” its producers said in a statement.

The announcements come amid a wider consideration of systemic racism in media and entertainment that has followed several police killings of black Americans.

Earlier this week, the actresses Jenny Slate and Kristen Bell, both of whom are white, said that they would stop playing biracial characters on animated shows. Slate, who provided the voice for the character Missy on Netflix’s “Big Mouth,” wrote in a statement that she was “engaging in an act of erasure of Black people” by playing the role.

Bell, who played the character Molly on the Apple TV Plus series “Central Park,” wrote in her own statement that casting “a mixed race character with a white actress” had undermined “the specificity of the mixed race and Black American experience.”

“The Simpsons,” which made its series debut in 1989, had been increasingly criticized in recent years for its depiction of the character Apu, an Indian immigrant played by a white actor, Hank Azaria.

Earlier this year, Azaria said he would no longer play Apu, having come to the understanding that the character perpetuated stereotypes that were hurtful to viewers of Indian descent.

In an interview with The New York Times in February, Azaria said, “Once I realized that that was the way this character was thought of, I just didn’t want to participate in it anymore. It just didn’t feel right.”

“The Simpsons” has many other supporting black characters whose voices are provided by white actors, including Homer Simpson’s workmate, Carl Carlson, (played by Azaria) and the Simpson family physician, Dr. Hibbert (played by Harry Shearer). It was not immediately clear how these characters would be handled going forward at the show.

The “Family Guy” roster also has other nonwhite characters played by white performers, like Tricia Takanawa, a Japanese-American TV news reporter played by Alex Borstein. The show did not immediately indicate what would happen to these characters and a press representative for “Family Guy” did not respond to a request for comment on Friday evening.