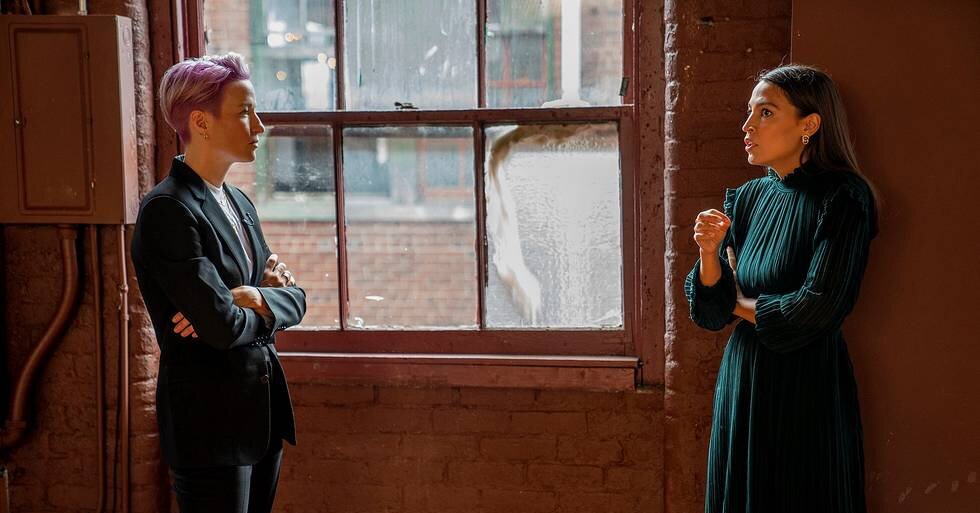 SEEING AMERICA WITH MEGAN RAPINOE 10 p.m. on HBO. Megan Rapinoe may be one of the biggest stars in sports following the United States women’s national soccer team’s 2019 World Cup victory. But she’s also an outspoken activist for equal pay, racial justice and L.G.B.T.Q. issues. On this special, Rapinoe engages in a discussion with Representative Alexandria Ocasio-Cortez, the comedian Hasan Minhaj and the New York Times journalist Nikole Hannah-Jones for a wide-ranging conversation about the upcoming election and societal issues the country is currently facing.

THE LAST NARC Stream on Amazon. This four-part docuseries looks back on the 1985 torture and murder of Enrique Camarena, a.k.a. “Kiki,” a Drug Enforcement Administration agent working undercover in Mexico. The fallout from the incident fueled international outrage, and ultimately unraveled the Guadalajara cartel, giving rise to the regional drug wars in Mexico today. The series explores the many layers of the case through interviews with Camarena’s widow, Geneva, and Hector Berrellez, the special agent who led the D.E.A.’s murder investigation.

HOST (2020) Stream on Shudder. A séance over Zoom gets seriously spooky in this film directed by Rob Savage, which was shot and produced remotely. Part horror, part commentary on how the pandemic has changed our world, “this concise, entertaining spin on the ghost story proposes that maybe the modern world is a haunted house now,” Kyle Turner wrote in his New York Times review.

MY DOG STUPID (2019) Watch through Symphony Space. The real-life couple Yvan Attal and Charlotte Gainsbourg play a couple in crisis in this film adapted from John Fante’s novella, “West of Rome (My Dog Stupid).” Attal plays a washed up writer named Henri, who is forced to confront marital problems with his wife, Cécile (Gainsbourg), as their four children prepare to leave the nest. Henri finds solace in a giant dog that winds up on his property one night. He decides to keep it, much to the disdain of the rest of his family.

SULLIVAN’S TRAVELS (1941) Stream on the Criterion Channel. This film, which was released after the Great Depression and before America’s involvement in World War II, feels oddly relevant at a time when entertainment escapism can feel both necessary and trivial. Joe McCrea plays John L. Sullivan, a Hollywood movie director who sets out to make a serious film about “the suffering of humanity,” following his successful string of comedies. In order to better acquaint himself with the subject matter, Sullivan goes undercover to experience life as a vagrant (trailed closely by Hollywood insiders), only to end up truly destitute, trapped in the grim reality he was hoping his film would depict. Preston Sturges’s film cleverly plays with “the perennial question in Hollywood of escapism vs. engagement,” A.O. Scott said in an episode of the video series Critics’ Picks. “There are plenty of movies that do one or the other — that make us laugh away our troubles or that make us face our troubles — but there aren’t very many that do both.”