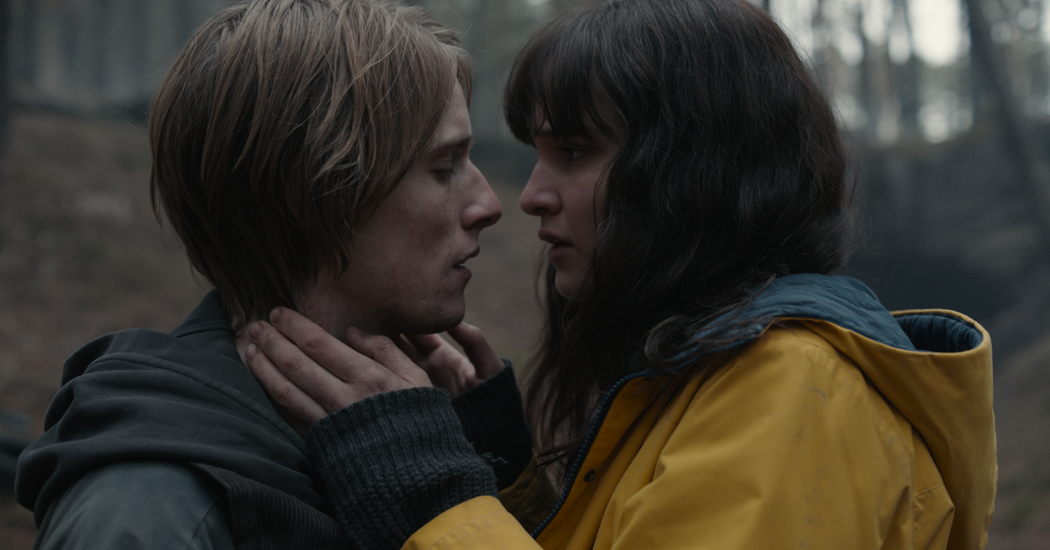 DARK Stream on Netflix. This incredibly complex and inventive German sci-fi series starts out as so many other mystery thrillers do, with the disappearance of young boy. But as the series progresses, the mystery surrounding the boy, who vanished in a forest, grows deeper and more bizarre — involving time travel, an apocalyptic event, a secretive society and the existence of multiple universes. The series, which returns for a third and final season, focuses on the secrets and intertwined histories of four local families, spanning multiple generations. As much as the show is a heady, brain-bending exploration into the physics and ethics of time travel, it also poses some thought-provoking questions concerning the nature of free will.

HOUSE OF HUMMINGBIRD (2018) Stream on Kino Marquee. This coming-of-age story from the South Korean writer and director Bora Kim, follows 14-year-old Eun-hee as she stumbles through adolescence in the early 1990s. Largely neglected by her dysfunctional middle-class family and misunderstood by her teachers and classmates, Eun-hee is left to face the challenges of young adulthood on her own. That is, until a new tutor enters her life (played by Sae-byuk Kim) and becomes a mentor for Eun-hee. Of this New York Times Critic’s Pick, Manohla Dargis wrote, “Kim discreetly balances the personal and the social, bringing us close to Eun-hee while also letting us see the other realities and truths — a national tragedy, a news bulletin, a friend’s pain — that she is slowly starting to notice.”

DOCTOR SLEEP (2019) Stream on HBO Max. This film adaptation of Stephen King’s 2013 novel of the same name offers a look at the horrors that Danny Torrance encounters after his ill-fated stay at the Overlook Hotel in “The Shining.” Danny (played by Ewan McGregor), now an orderly at a home for the elderly, has managed to keep those old demons at bay by harnessing special psychic abilities. He teams up with a young girl named Abra (Kyliegh Curran), who possesses similar gifts, to protect her from a secretive cabal that kills traumatized children like her. “‘Doctor Sleep’ is a not a Stephen-King-scares-the-pants-off-you kind of movie,” A.O. Scott wrote in his New York Times review. “It’s a Stephen-King-invites-you-to-ponder-the-nature-of-evil kind of movie.”

GLOBAL GOAL: UNITE FOR OUR FUTURE — THE CONCERT 8 p.m. on NBC. The coronavirus pandemic has placed a halt on many live concerts and events. But some of the world’s biggest performers will come together to raise more awareness about the pandemic — specifically the communities that are disproportionately affected by the disease. Hosted by Dwayne Johnson, this two-hour special will feature performances from Miley Cyrus, Justin Bieber, Shakira, Usher, J Balvin, Quavo and others, as well as special appearances by Olivia Colman, Charlize Theron, Chris Rock, David Beckham and Billy Porter. The concert is part of a larger campaign from Global Citizen and the European Commission that’s aimed at supporting the development and distribution of tests, treatments and vaccines against Covid-19, and ensuring their access to vulnerable populations.