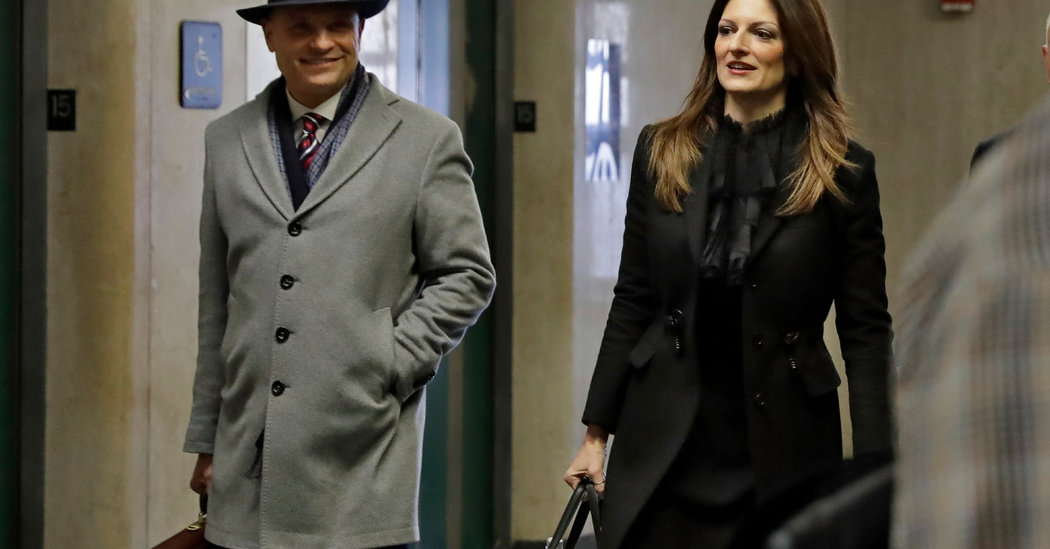 Ms. Haley had also used Mr. Weinstein to further her career, Ms. Rotunno said, and had kept in touch with him through seemingly friendly emails well after she said he had attacked them. One email asked how Mr. Weinstein was doing and was signed “lots of love.”

“She was using him for jobs,” Ms. Rotunno said.

Ms. Rotunno argued that what Ms. Mann had described as a rape was sex between consenting adults. She said the evidence showed that Ms. Mann went willingly to Mr. Weinstein’s hotel room, got undressed and laid down on his bed. Ms. Mann never tried to stop Mr. Weinstein, and after the encounter, the lawyer said, she went to brunch with him.

“This is not rape,” Ms. Rotunno said. “This is not sexual assault. This is someone who agrees to do what had been discussed.”

Ms. Rotunno highlighted dozens of friendly and sometimes flirtatious emails Ms. Mann had sent to Mr. Weinstein from 2013 to 2017. Each time Ms. Mann got a new telephone number, Ms. Rotunno noted, she made sure Mr. Weinstein had it. “Five or six times she says, ‘Oh, here’s my new number,’” Ms. Rotunno said.

Ms. Sciorra, who gave some of the strongest testimony, had misremembered what happened, the defense lawyer argued. She pointed to evidence the actress had told a friend at the time that “she did something crazy” with Mr. Weinstein, but did not describe the encounter as rape.

Yet when a reporter reached out to Ms. Sciorra in 2017 about Mr. Weinstein’s treatment of women, Ms. Rotunno said: “She has changed her memories, and now she was raped. Now she is the darling of a movement.”

Ms. Rotunno said Ms. Young, Ms. Wulff and Ms. Dunning had also changed their stories over time, and she suggested they came forward only in the interest of fame.

The latest twist in the TikTok saga is an especially strange turn in a tale filled with strange turns. Suddenly,

Amazon, Flipkart Sales This Week: How to Safely Buy Electronics

China Will Not Accept US ‘Theft’ of TikTok, Says State Media

Your PLR Action Guide. The Ultimate Guide To Making Money With PLR.

“What is he doing? Is he the president of the United States or the preacher from ‘Footloose’?” — JIMMY FALLON

What’s on TV Tuesday: ‘John Lewis: Celebrating a Hero’ and a Timely Documentary