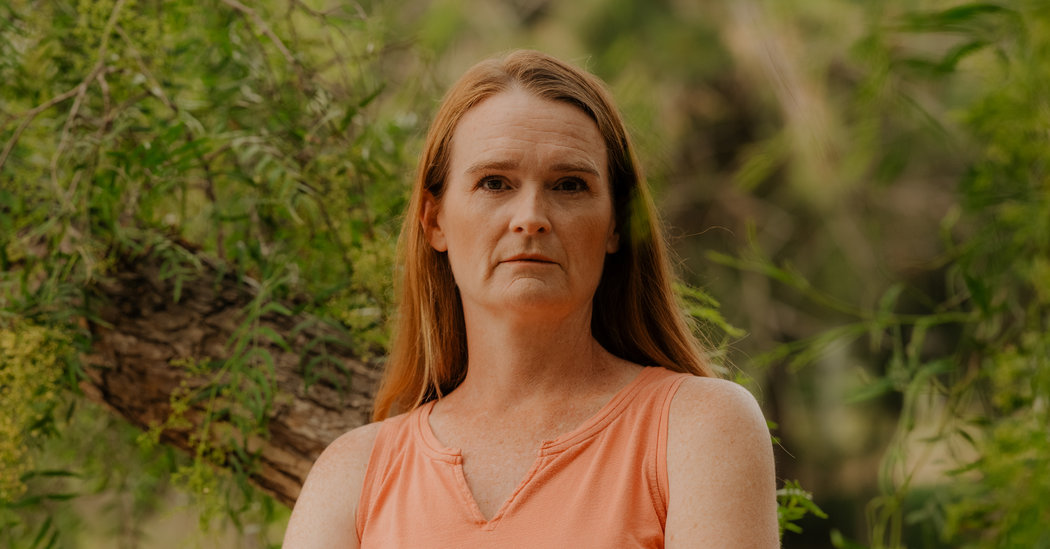 There are so many upsetting things about the assault Lacy Crawford suffered in 1990, when she was 15 and a junior at St. Paul’s School in New Hampshire, but one of the most upsetting is how commonplace she believes it was.

“This may sound disingenuous, but I don’t think my assault is particularly interesting,” she said in an interview earlier this month. She speaks deliberately, calmly, as if observing her feelings at a remove. “There are so many stories of abuse and assault. Mine is one of just a dime a dozen.”

Crawford has had 30 years to grapple with what happened that day. But her memoir, “Notes on a Silencing,” out Tuesday from Little, Brown, focuses much more on what came afterward. For her, St. Paul’s response only compounded the attack, piling a second trauma on top of the first.

“The way they came to their own conclusions about what happened,” Crawford, now 45, said by phone from Southern California, where she lives with her husband and three sons, “that was breathtaking to me and remains breathtaking to me.”

She added: “The edge has not come off that.”

The details are horrible to repeat and horrible to read: how two senior boys pinned Crawford down, grabbed her breasts, unzipped her jeans and penetrated her with their fingers; how they jammed their penises deep into her mouth; how they bragged about it afterward. The attack left her feverish and with a chronically raw, bleeding throat that made talking and eating painful, she writes. It turned out that she had been infected with herpes.

The school’s story — at least the story officials told Crawford’s devastated parents — was that the encounter was consensual, that their daughter brought it on herself, that she was promiscuous and hardly a victim. They never asked Lacy for her own account, she writes, and they made it clear that unless she dropped the matter she would not be able to return to school.

“Trust me,” one official told her father. “She’s not a good girl.”

As far as St. Paul’s was concerned, the issue was then closed. The boys who attacked her weren’t accused of wrongdoing, and Crawford doesn’t name them in her book. She returned to school, graduating in 1992, but she felt like a ghost of a person, shrouded in private misery, rendered voiceless even as her throat healed. Her friends drifted away; other students whispered about her; someone threw things at her from a dorm window as she walked by. She made herself “as silent and slender as I could,” she writes. “I was diseased; I was disgraced; I was alone.”

St. Paul’s, like a number of other private boarding schools, including Phillips Academy, Choate Rosemary Hall, Phillips Exeter Academy, the Hotchkiss School and St. George’s School, has in recent years had to face up to and answer for decades of sexual abuse and misconduct. In 2017, a report commissioned by St. Paul’s found substantiated abuse reports by faculty members of students stretching back as far as 1948.

In 2018, the school reached a settlement with the New Hampshire attorney general that put the institution under the state’s oversight for five years — and installed a compliance officer on campus — to ensure that it followed basic protocols about protecting students and investigating complaints. Crawford was interviewed as part of the attorney general’s investigation. A spokesman for the attorney general’s office said her participation had helped provide the basis for “what we continue to believe is an unprecedented settlement with the school.”

Kathy Giles, who last year became St. Paul’s rector, as the principal is called, said in an interview that the school did not dispute Crawford’s account.

“We respect Lacy’s courage and we admire her voice,” Giles said. “There’s a truth to her experience that’s powerful and important.”

The school is committed to doing better by its students, she added. “Who would want that experience for anyone — for Lacy, for her family, for her friends?” she said. “If there’s anything we’ve learned, it’s that we have to receive the stories and respect the experience and then take what steps we need to address the hurt and pain.”

After Giles read an advance copy of the book, she requested a meeting with Crawford. The two had lunch in California last winter.

“She apologized six different ways to Wednesday,” Crawford said. “I said thank you, and I thought that that and my Starbucks card could get me a latte. But so far, the quality of our discourse makes me hopeful.”

For years, Crawford kept her story private. She went to Princeton, volunteered as a rape crisis counselor, wrote her master’s thesis on the use of rape testimony in legal cases, and worked as a high school teacher and environmental campaigner, among other jobs. Before “Notes on a Silencing,” she wrote “Early Decision,” a satirical novel about the college admissions process based on her work as a private admissions counselor.

She never planned to write a book about her attack. It was only after she learned about Chessy Prout, a St. Paul’s student who was sexually assaulted in 2014, when she was 15, and who waived her anonymity to discuss the case publicly, that Crawford began to think afresh about telling her story. (Owen Labrie, the St. Paul’s student convicted of Prout’s assault, served six months in jail.)

Crawford started writing her book in the fall of 2017, working while her three young sons were at school, and on weekends, when her husband took them on daylong outings. By March 2018, she had most of a first draft.

Therapy, a loving marriage, raising her children and writing the book all helped Crawford come through to the other side of her experience — to redress the balance of power between herself and the boys who assaulted her, between herself and the school that betrayed her. The thing about a book is that you get to have the last word.

“I felt utterly exposed and shamed,” she said of her younger self. “It was a very small community, and it was all I had at that age. But for me now, I’m not going to hold on to it any more. I’m done with shame.”